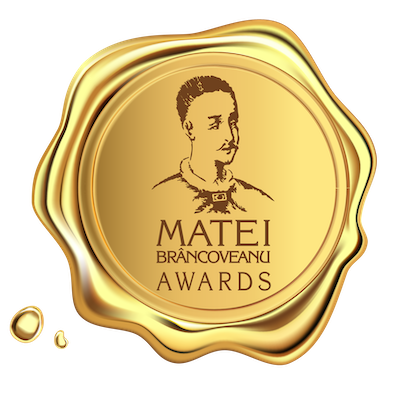 2020 is the year of change and repositioning of the values of those who have the knowledge and can inspire the communities they belong to. Since 2015, Alexandrion Foundation has been organizing the Matei Brâncoveanu Awards Gala, dedicated to young people who actively contribute to the development of our society and become true role models for their generation. The stake of the 2020 edition is the grand prize of 12,000 euros which will allow the winner to invest in training courses or in a project with social impact.

Matei Brâncoveanu Awards Gala 2020 proposes for the first time an unique online event format that involves five professionals, well-known to the public, with broad experiece in their areas of expertise, in the selection of the candidates and offers the public the mission to choose the big winner. The candidates no longer subscribe to pre-defined fields (music, education, cinema, etc.), but are awarded for the combination of talent, social involvement and creativity, which generates projects that have the potential to change the Romania of tomorrow.

At the Matei Brâncoveanu Awards Gala 2020, the public chooses the big winner.

Five professionals, who have transformed their fields of activities, have nominated 15 young people remarkable through their projects with strong impact on the communities they are part of. During the semifinal, the five finalists were selected. We invite you to meet and vote for them, choosing your favorite candidate. The online voting system allows only one vote for each voter.

For details, access the Set of Rules & Guidelines of the Matei Brâncoveanu Awards Gala 2020.

Alexandrion Foundation awards the grand worth 12,000 euros net to the winner chosen by the public and four prizes of 1,500 euros net to the other four finalists of the Matei Brâncoveanu Awards Gala 2020. The grand prize will be used by the winner to finance training courses or a project in the field of activity for which he was awarded. 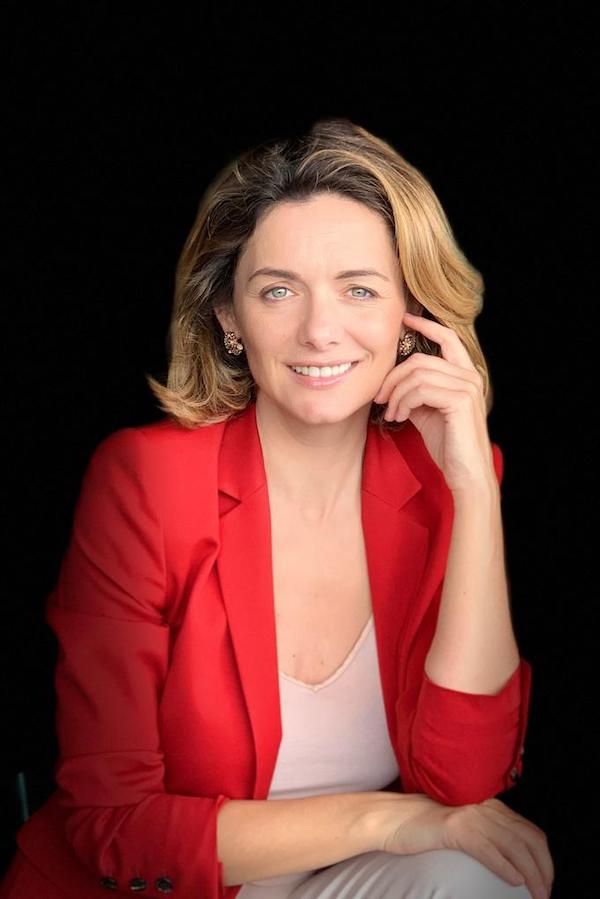 “For the 2020 edition of the Matei Brâncoveanu Awards Gala we wanted to identify the lesser-known valuable people of Romania and we have the privilege to do it through the established voices of Victoria Asanache, Marius Constantinescu, Sandra Ecobescu, Tudor Giurgiu and Irina Păcurariu. This year we looked for the performance of those who have a social impact, of those who, through their actions, bring beneficial changes at cultural, social, educational and humanitarian level. We live in times when the projects of these young people need not only encouragement, but also concrete support, and this was the motivation of the Alexandrion Foundation to rethink the concept of this project.” 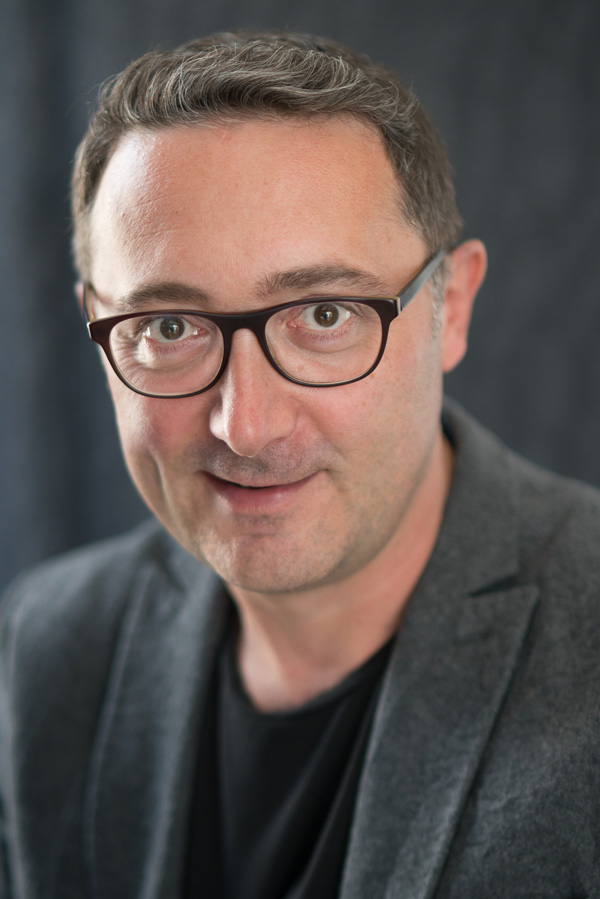 The founder of Transilvania International Film Festival (TIFF) and of Gopo Awards, the creator of the independent production house Libra Film, Tudor Giurgiu is one of the most appreciated directors and producers of the Romanian film industry. He is best known for films such as “About People and Snails” (2012), “Weddings, Music and Videos” (2008), “Why Me?” (2015) and over 30 other movie productions. Member of the European Film Academy, Eisenhower Fellow in 2015 and winner of the EFA Award for Best European Short Film in 2012 for the film “Superman, Spiderman or Batman”, Tudor Giurgiu was awarded by the Alexandrion Foundation for his cinematographic activity, during the first edition of the Matei Brâncoveanu Awards Gala. 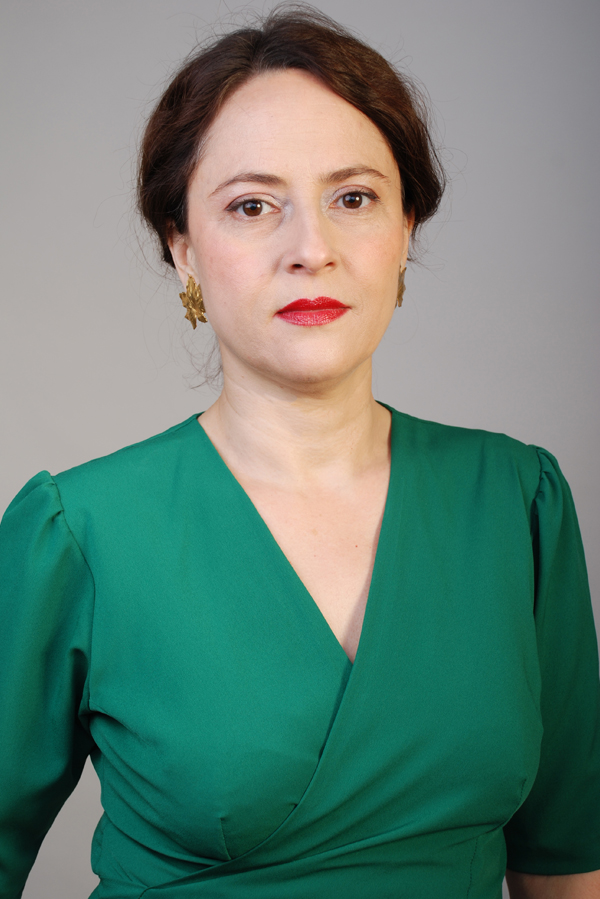 A person who enjoys every day and for whom education, art, culture and personal development are essential, Sandra Ecobescu presents herself as: founding member, busy bee and president of the Calea Victoriei Foundation. For over 13 years, this has been her soul project, an innovative and dynamic project, dedicated to culture and continuous education, which animates Bucharest life through courses, conferences and unconventional classical music concerts. The Bucharest Interwar Ball, events hosted by the most imposing heritage buildings in Bucharest, conferences with historians, anthropologists and other important personalities for the community are just some of the actions through which Sandra Ecobescu puts Bucharest on the map of the cultural traveler. Among the mentors who inspired her and who put their soul in the story of Calea Victoriei Foundation are: Neagu Djuvara, Georgeta Filitti and Vintilă Mihăilescu. 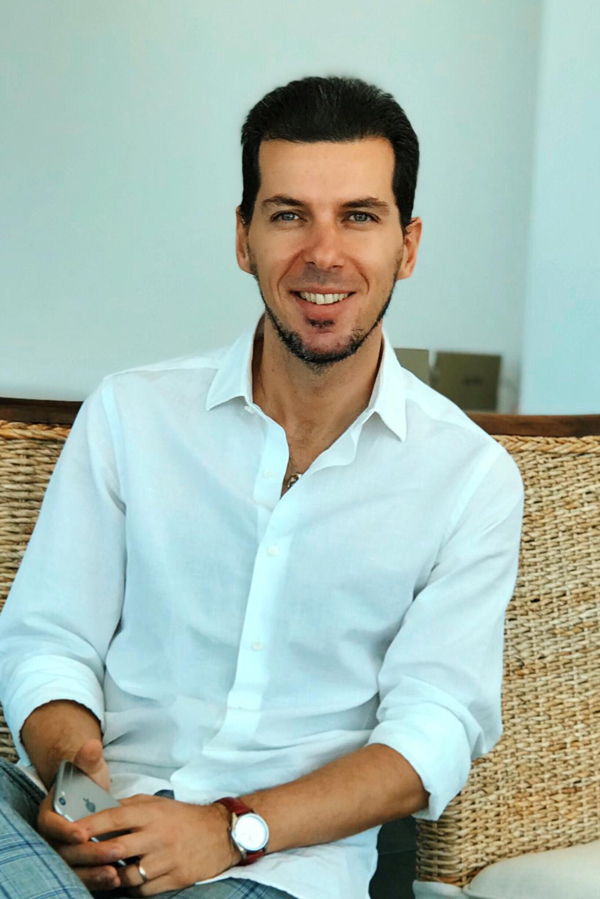 Well-known journalist, presenter and radio-TV producer, Marius Constantinescu is the man who revealed to the Romanian public the remarkable artists that he interviewed: Luciano Pavarotti, Salman Rushdie, Virginia Zeani, Antonio Pappano, Jordi Savall and many others.
After eight years on the radio, he discovered the fascinating world of TV productions at TVR and created shows appreciated both by viewers and professionals, including “The great paintings of the world”, “V … for visual”, “Cultural Journal ”,“ Profile. Story. Character”. Since 2005, his name is closely linked to “George Enescu” Festival, where he conducts extraordinary interviews with the most important artists. The Romanian Association of Television Professionals has so far awarded him with three distinctions for his productions. You can watch Marius Constantinescu on TVR 3, in the show “Vizual”, his latest project. 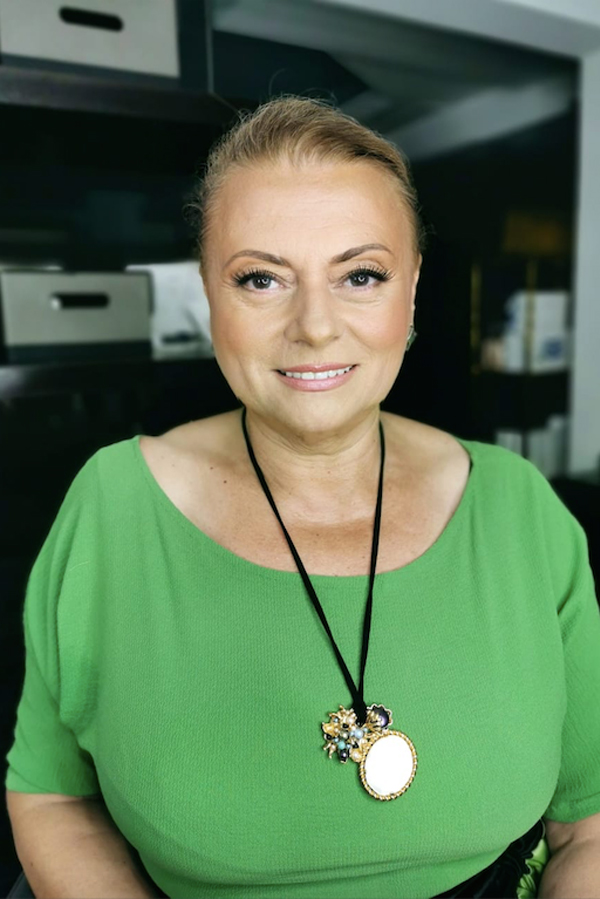 The first navigator for cancer patients in Romania, Victoria Asanache was a guardian angel for many patients and their families. She felt suffering, pain, fear and even helplessness, along them, but she knew how to turn all these emotions into guidance, healing and relief. She created a support network through which she provided patients with the logistical and moral help they needed. In 2016, she managed to introduce the profession of patient navigator in the Romanian Occupations Code, thus becoming an officially recognized profession at national level. Being a graduate of the Harold P. Freeman Institute of Patient Navigators in the USA, Victoria Asanache managed to set up the first school for patient navigators in Romania and thus she contributes to the education of future professionals in this field.

Very attentive to the people around her, to their choices and paths, Irina Păcurariu is the producer of numerous remarkable shows, documentaries and television reports. From the Himalayas to Silicon Valley, from the Romanian village 10 Prăjini to the Arctic Circle, she filmed and looked everywhere for the Romanians who matter. She is the first Romanian filmmaker to produce a documentary in the Himalayas, “The Land of the Serpents”, named the best documentary of 2003 by the Association of Television Professionals in Romania. Numerous awards followed, including: Journalist of the Year for the documentary “Tuesday, Thursday, Saturday”, the CNC Award for the report “EU – the edge of Europe”, the APTR Grand Prize for the report “Codrina”. Among the most important programs made and presented by Irina Păcurariu are: “Endless Story”, “Great Romanians”, “An European Like Myself”, “The Other Romania”, ” The Corridors of Power “, “Smart Romania”, “Zero Zone”. 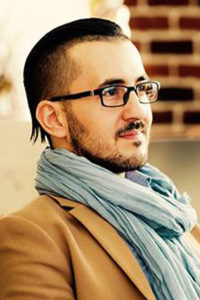 In 2013, in the wake of an extremely difficult personal experience, he set up the Free Taxi Project. Through this initiative he started to help people with serious medical problems and delicate financial situation, providing them with assistance and free transport between home and the hospital. 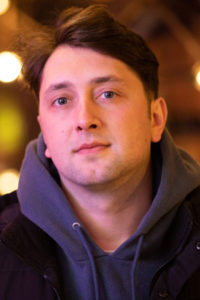 In 2012, Radu Ciorniciuc co-founded one of the first independent media organizations in Romania, Casa Jurnalistului (The Journalist’s House), a community of multimedia reporters specialized in in-depth journalistic investigations. The articles and films he worked on were published and broadcast by some of the largest publications and TV stations in the world. His social feature film “Home” received the award for best image at the Sundance film festival. 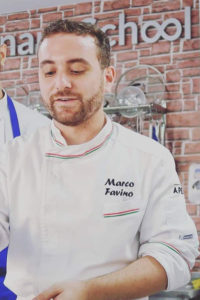 Marco was born in southern Italy, and he graduated from the prestigious Scuola di Cucina Italiana ALMA in 2014. After his arriving in Bucharest, he continued to enrich his experience in gastronomy and to train chefs at Horeca Culinary School. At the beginning of the COVID-19 pandemic, Marco initiated a network of volunteers that cook and provide warm meals to people affected by poverty, those without a stable home or with precarious financial situation. 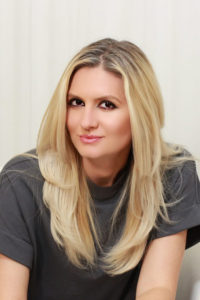 Cosmina is the first patient diagnosed with cancer in Romania who became a Patient Coach and works with cancer patients. In 2015 she started the “New Patient Caravan”, in 2016 she founded the Imunis Association, and in 2018 she graduated the Oncology Patient Navigator course. She founded, together with a team of experts, the Mindful Leadership Institute. Through her projects she has reached several thousands of oncology patients in Romania. 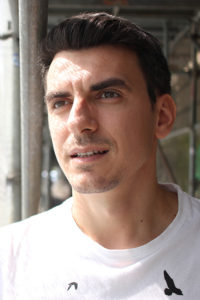 In 2006, at the age of 18, he co-founded The National Youth Theater Festival “Ideo Ideis” in Alexandria, an alternative education through art project which has acted, during its 14 years of existence, as an extensive process of alternative art education for high school students – a total of over 3.500 in 14 editions. 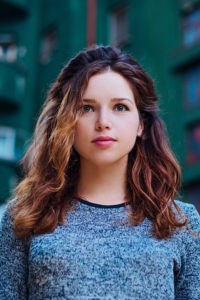 Oana Moisil is a freelance journalist. Her reports and investigations were published on the websites of Vice Romania, Casa Jurnalistului, Să fie Lumină, Recorder, Libertatea. In April 2015, she investigated undercover how a neuropsychiatric center in Vâlcea County abuses its beneficiaries. After her investigation was published, the institution was closed down. At the 2019 edition of the Superscrieri contest, she ranked first, with an essay on emigration, and third, with one of her first video reports (“Those who leave”, Recorder.ro). 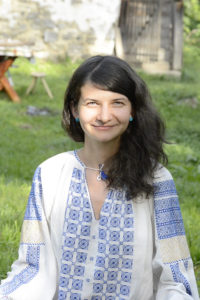 Gabriela Solomon founded the Vâlcea Community Foundation, in order to connect people who want to create local opportunities. She visited 35 countries on 3 continents, which showed her how important it is to know our history, symbols and traditions. With this thought in mind, she created My Secret Romania (now Gate to Romania), a social entrepreneurship project that supports the development of communities in Oltenia and Muntenia through tourism and the rediscovery of local values. 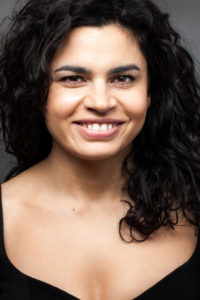 Alina Șerban is an actress, the initiator of the Roma social message in theater, and the first Roma theater and film director in Romania. She was awarded by Amnesty International, the Government of Romania, and she received the Tajsa Roma Cultural Heritage Prize awarded by the European Roma Institute for Art and Culture, for promoting the Roma culture and human rights. 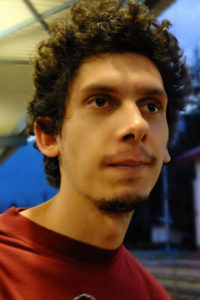 Sebastian Țoc is a sociologist and he is deeply concerned about the inequity of the Romanian education system. He has conducted research projects on topics such as inequality of educational opportunities and social exclusion in Romania or the analysis of the social protection system and programs that aim to reduce poverty and inequality. Despite the obstacles, Sebastian continues to do research in Romania. 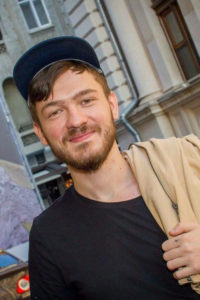 Raid is one of the most fresh and most creative presences on the visual arts scene in Romania. Raid covered the walls of several buildings in Bucharest, with large-scale urban art works. His social art interventions have temporarily changed the dull face of the city. Raid has brought art to the streets, where people can freely enjoy it and where art can permeate communities with its inspirational force.

The big winner will be announced on Sunday, June 14th, 2020, immediately after the closing of the voting system, during the Matei Brâncoveanu Awards Gala 2020, broadcast live online by the Alexandrion Foundation, starting at 19:00.

For details, access the Set of Rules & Guildelines of the Matei Brâncoveanu Awards Gala 2020.